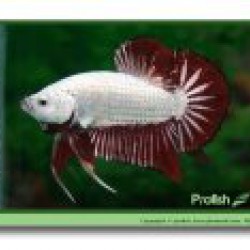 sometimes I feel like I'm shouting into a void

Anyway, thinking about giving up m/m for awhile, except for a couple of my favorite authors. There's so much crap coming out right now that it's hard to sift the wheat from the chaff and I'm tired of trying.

Even most of my favorite authors aren't catching my attention like they used to. Sarah Black was the one author I could count on for an interesting story set in the West--but with The General and the Horselord I've kind of lost interest (short version, guy cheats on his wife for 25 years with his best friend and when she finds out it's played as if she had no right to be angry... yeah). It just left a sour taste in my mouth and I'm not sure I'll be able to read much by her anymore. Martha should have been handled a lot more sensitively.

The one exception is Josh Lanyon, who came back from his 2011 sabbatical with greater depth and maturity as a writer. But one or two authors isn't enough to keep me in the genre. Even though I love it. Hopefully in a few years publishers will stop publishing every single semi-coherent manuscript that comes their way and will publish only the best, and I'll start coming back again. But right now... I'm done. I am just done with all the crap.

Unrelated, I'm reading a beautiful collection of short stories by Kji Johnson called At the Mouth of the River of Bees. This is a lovely collection of female-centered fantasy and science fiction stories, each more beautiful than the last. The title story is sure to wring a few tears out of any dog lover out there. It's nice to know that there are still good books being published, even if they aren't being published in m/m.